Favourite show: The Book of Mormon

Anna trained at SA Performing Arts Centre and qualified with a Diploma in Musical Theatre as well as a Pre-Associate Teaching Qualification in IDTA Modern Jazz. During her professional career, Anna has worked several contracts abroad as well as pantomimes all over the country. Her biggest achievement so far is performing at The Royal Albert Hall alongside Collabro and Kerry Ellis.

Laura has been training within the field since the age of 11 and has completed an ALCM Dip in Musical Theatre. Laura holds a BA (Hons) in Community Music and a PGCE in Musical Theatre and Music Education and works within colleges and secondary schools around Newcastle and Northumberland. Laura has completed training and voluntary courses with London West End casts, and completed a training scholarship on Broadway in New York City. She has helped with casting and training with touring casts such as The Lion King and Billy Elliott. 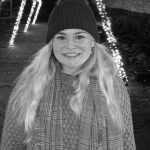 Rosie is originally from Yorkshire and recently graduated with a degree in Drama from Northumbria University. Rosie has decided to stay in Newcastle as she loves the people and the friendly accent! She has been performing since the age of four when she joined a part-time theatre school much like Razz! Rosie has been fortunate to perform in a number of productions including the national tour of Joseph and the Amazing Technicolour Dreamcoat and Annie. 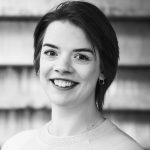 Hattie is a theatre maker, performer, singer, and drama facilitator with a master’s degree in Theatre and Performance from Northumbria University. Razzamataz holds a special place in her heart as someone who attended Razz Yeovil as a Senior student ‘back in the day’! Hattie is co-founder of theatre company and drag trio ‘Bonnie and The Bonnettes’ who spend their time creating original and bold theatre and cabaret work, which they tour nationally. She has also started to work on the writing for her one-person show and has taken up poetry and creative writing to help pass the time over the past year, as well as singing on social media to keep friends and family entertained. Performing is Hattie’s greatest passion and she loves that she gets to do it as a job. Hattie feels that there is a need for the arts within education, and that it provides young people with so much more than performance skills!

Alice has danced since the age of four moved to London where she graduated from The Urdang Academy. She was delighted to be part of the ‘Salvation Army Celebration’ at the Royal Albert Hall and has appeared in several pantomimes across the North East. Alice has previously completed five contracts with Celebrity Cruise Lines, sailing and performing around the world as Dance Captain/Aerialist.

I have an A-Level in performing arts, I’ve lived in Newcastle all my life and have a lot of experience choreographing for high school shows in sixth form!

Did you know that we're award winning?